A Solution for the Recruiting Dilemma of Small Town Companies → 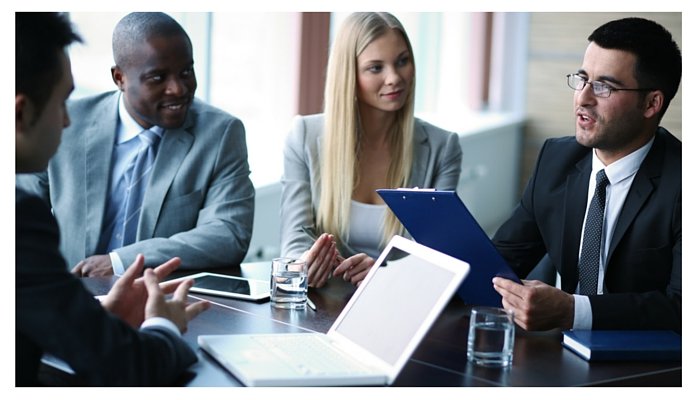 Why Does Company Growth Stall around $15 Million?

It’s all about leadership! Or rather, the ability of the leader to transition from a task oriented style to distributed leadership. If the leader can switch from holding knowledge in his head and giving all the orders to working with an executive team where each executive knows more about his subject and shares in the leadership, then the business can continue to grow.

The Evolution of Leadership in Small Businesses

In a company with 10 to 15 employees, the President (usually the owner) gives specific instructions for the smallest details of business activities and the employees follow instructions. The President does all the thinking in all areas of the business.

Past 15 employees, this “spokes and hub” approach becomes problematic. The volume of decisions demanded by a larger work force drives the addition of a “Number 2”, someone trusted enough to make some of the decisions. At several million dollar in sales, this is no longer sufficient.

By the time a company reaches $10 to $15 million in revenue, it will be building an executive team, or forever be constrained by the energy and brain capacity of the President. Without an executive team, the business will be subject to the economic cycles or the loss of key accounts and oscillate permanently between $9 and $15 million.

The Making of a Good Executive Team

The purpose of an executive team is to lighten the burden of leadership for the President. A properly chosen team can run the company without the everyday intervention of the President.

Typically, the company will have an executive for each area: Finance, Sales and Marketing, Operations, Human Resources and perhaps Technical (Engineering, R&D and Product Development). There may be someone assigned to these functions, but not necessarily an executive. How do you tell the difference? An executive is not content to use existing processes, but drives continuous improvement and growth. An executive doesn’t just take orders, he sets the agenda.

An executive hired from outside should bring far more expertise than exists inside the company, and have enough depth to evolve his function for the next 5 years of growth. He should also be able to function in a company this size, with less support than in a bigger company.

A good executive team is not built overnight. The weakest link will likely get attention first and natural attrition will provide opportunities for upgrade as well. Executives hired from the outside will weigh in. They will bring an understanding of how other successful companies excel in areas other than their own, help calibrate inside talent and identify areas ripe for upgrade company wide. A mix of insiders and outsiders in its executives will probably serve the company best. By learning from this collective experience, the company will be able to seek the right talent to address its specific challenges.

The transition is not trivial. Processes and daily interactions must change as well. Some companies retain the business processes they had during the “spokes and hub” phase mentioned above, with the owner personally approving every expense and every decision. Silly but real life examples include time sheets for everyone including executives, signed printed forms for expenses as low as $10 and 4 levels of approval to book a sale because the owner’s need to approve forces everyone between him and the Sales Rep to do so as well. Such processes, carried on from early stages past their maximum usefulness, are wasteful and will strangle growth. The lowest level of approval for frequent decisions is the most efficient.

Total control without challenge can be convenient or intoxicating, depending on the individual. For the transition to happen, the President must relinquish making every small decision and instead trust the executives to take charge of their respective functions and make all decisions within it. Even a leader determined to make the transition will be tempted. When Maggie, who has worked with the President since the beginning, comes to get a decision from him, he must resist the temptation and defer to the rightful decision maker. Otherwise, the new executives will be hampered in their effort and will get a clear signal that they are expected to be “order takers”, not the drivers they were hired to be.

As they progress, executives, especially from the outside, will push the organization to adopt a more standard structure where employees are specialized, or at least working only in one function, instead of one where Joe is doing payroll and shipment because he always has. As a result, accountability and proficiency will go up. The organization will become less individual dependent (“We can’t do this because Julie is out this week”) and more able to withstand the departure of any one person without chaos ensuing.

There is more to an Executive team than functional expertise. To grow beyond $15 million, the company will make multi-million dollar decisions. The Executive team can and should be involved in thinking through these decisions and when consensus has been reached, carrying them out. The team will assist the President with all of their collective experience, reducing the risk, increasing chances of success and providing more input than a single leader could have considered. That is the value of shared leadership. The President still makes the final decision.

The purpose of an executive team is to take the load off the President’s shoulders and to grow the company faster. It allows the company President to delegate most of the work and decision making to his executives acting as a team. A properly chosen and empowered team can run the company without the everyday intervention of the President. We have known several businesses of all sizes where the executive team was so good that the President devoted only 25 to 50% of his time to running the business. This transition is needed to grow beyond $15 million and the President must drive it. Really, it is all about leadership!

This website uses cookies to improve your experience while you navigate through the website. Out of these, the cookies that are categorized as necessary are stored on your browser as they are essential for the working of basic functionalities of the website. We also use third-party cookies that help us analyze and understand how you use this website. These cookies will be stored in your browser only with your consent. You also have the option to opt-out of these cookies. But opting out of some of these cookies may affect your browsing experience.
Necessary Always Enabled
Necessary cookies are absolutely essential for the website to function properly. This category only includes cookies that ensures basic functionalities and security features of the website. These cookies do not store any personal information.
Non-necessary
Any cookies that may not be particularly necessary for the website to function and is used specifically to collect user personal data via analytics, ads, other embedded contents are termed as non-necessary cookies. It is mandatory to procure user consent prior to running these cookies on your website.
SAVE & ACCEPT